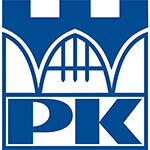 Kraków’s technical and engineering thought has a long tradition, dating back to the turn of 16th and 17th century. Its most famous precursors include, among others, Stanisław Grzepski (author of the first Polish textbook on surveying), Stanisław Pudłowski (researcher of universal measure of lenght) and Jan Brożek (doctor of medicine, mathematician and historian of science). Brożek was a proponent of linking development of the Polish science with the needs of the country’s economy. He gave his first lecture on military engineering on January 20, 1627.

More substantial ideas appeared over 150 years later, when Hugo Kołłątaj initiated an education reform in the late 18th century. The new syllabus of university included, among others, courses in mechanics, statics and hydrostatics, ceriometry, hydrography, civil and military architecture. Kołłątaj’s plans were much more ambitious, but had to be postponed due to the Polish state being on the verge of collapse — Poland’s independence ended in a series of partitions undertaken by Prussia, Austria and Russia between 1772 and 1795.

The Institute of Technology, established in 1834, provided solid foundation for further development of engineering education in Kraków. Functioning in politically turbulent times, the school offered arts, engineering and polygraphic courses. The name of the Institute and its status were changed several times, but the school lasted over a hundred years, preparing well-qualified technicians for professional work.

Restoration of independence in 1918 opened new education possibilities for future engineers in Kraków. In 1921, The Academy of Mining created a Chair of Civil Engineering with prof. Izydor Stella-Sawicki in charge. Prof. Stella-Sawicki started the process of establishing the University of Technology in the city of Kraków. However, the road to achieve that goal was full of obstacles.

Following the end of the Second World War, Poland’s borders were redrawn. The Nazi occupants exterminated most of the Polish scientific elites and vastly destroyed the infrastructure. The Lwów University of Technology, the oldest Polish university of technology, famous for high level of education, was incorporated in the territory Soviet Union. With Kraków being only academic city relatively untouched by war operations, prof. Stella-Sawicki realized that opening a new technical university is a nation’s top priority. He convinced prof. Walery Goetel, the rector of the Academy of Mining, to support his plan. They reached a verbal agreement with Stanisław Skrzeszewski, the Minister of Education,

The Organization Committee was formed in late January 1945 (with the headquarters in 28 Straszewskiego Street and 7 3 Maja Street). The Commitee began intense preparations for starting academic year as soon as possible. The enthusiasm for creating new university was outstanding: enrollment was carried out voluntarily, without any registration fees. The Commitee was also successful in including in the university staff Kraków’s finest architects: Adolf Szyszko-Bohusz and Jerzy Struszkiewicz, and received much help from Marian Kamieński and Rudolf Śmiałowski, former faculty members of the Lwów University of Technology.

After four month long efforts, the new University started its activity. It conducted courses and lectures for almost half a year despite not having a formal agreement from the new authorities. Legal deadlock was broken on October 5, 1945 when the Ministry of Education decided to establish three autonomous Politechnic Faculties within the Academy of Mining, without founding an independent university. This separate unit, managed by prof. Stella-Sawicki, had its own Senate, budget and administration. Further retroactive legislation was issued on 19 November 1946 setting the date of establishment of Faculties at April 1, 1945. That day is now celebrated as the beginning of the Cracow University of Technology. In 1947, Politechnic Faculties were relocated to the campus near the city centre, in the historic buildings in Warszawska Street, that used to be Austrian archduke army barracks.

Cracow University of Technology received its current name and independence in 1954. Prof. Ludomir Śleńdziński was nominated the first rector. CUT soon started scientific research and developed close cooperation with the industrial section. Gradually, new faculties were opened. On 30 September 1976, by an official decree, general Tadeusz Kościuszko, Polish and American national hero and skilled engineer, was chosen as its patron.

Throughout 70 years of its existence, the Cracow University of Technology has often updated study programmes and courses, each time adjusting them to the current scientific conditions and needs. Along with the academic programmes, CUT’s infrastructure has been improved. Nowadays, the premises of the Cracow University of Technology cover 110 ha. Apart from the main campus in Warszawska Street there are also: the campus in Czyżyny, a former royal palace in Podchorążych Street, an ancient mansion in Kanonicza Street located near the Wawel castle. The Sports and Recreation Centre administers two modern sports centres, including tennis courts (in Kamienna Street and in Czyżyny), and the Sailing Club in Żywiec.

Composed of 7 faculties, the university is well equipped with hard print and electronic collections presented in the Library of CUT. Interdysciplinary units, research societies, art galleries, student clubs, a radio station, a choir and various other organizations give students opportunity to pursuit their interests. Countless bilateral agreements signed with various scientific centres promote EU educational partnership, common research, student and faculty exchange as well as the possibility to obtain certificates and diplomas.